1. The Jumbies by Tracey Baptiste

Corinne La Mer isn't afraid of anything. Not scorpions, not the boys who tease her, and certainly not jumbies. They're just tricksters parents make up to frighten their children. Then one night Corinne chases an agouti all the way into the forbidden forest. Those shining yellow eyes that followed her to the edge of the trees, they couldn't belong to a jumbie. Or could they?

When Corinne spots a beautiful stranger speaking to the town witch at the market the next day, she knows something unexpected is about to happen. And when this same beauty, called Severine, turns up at Corinne's house, cooking dinner for Corinne's father, Corinne is sure that danger is in the air.

She soon finds out that bewitching her father, Pierre, is only the first step in Severine's plan to claim the entire island for the jumbies. Corinne must call on her courage and her friends and learn to use ancient magic she didn't know she possessed to stop Severine and save her island home.

Twelve-year-old Hoodoo Hatcher was born into a family with a rich tradition of practicing folk magic: hoodoo, as most people call it. But even though his name is Hoodoo, he can't seem to cast a simple spell.

Then a mysterious man called the Stranger comes to town, and Hoodoo starts dreaming of the dead rising from their graves. Even worse, he soon learns the Stranger is looking for a boy. Not just any boy. A boy named Hoodoo.

The entire town is at risk from the Stranger’s black magic, and only Hoodoo can defeat him. He’ll just need to learn how to conjure first. Set amid the swamps, red soil, and sweltering heat of small-town Alabama in the 1930s, Hoodoo is infused with a big dose of creepiness leavened with gentle humor.

This is the story of a thirteen-year-old girl who is filled with self-loathing and must overcome internalized racism and a verbally abusive family to finally learn to love herself.

There are ninety-six things Genesis hates about herself. She knows the exact number because she keeps a list. Like #95: Because her skin is so dark, people call her charcoal and eggplant—even her own family. And #61: Because her family is always being put out of their house, belongings laid out on the sidewalk for the world to see. When Genesis reaches #100 on the list of things she hates about herself, will she continue on, or can she find the strength to begin again?

4. The Parker Inheritance by Varian Johnson

When Candice finds the letter, she isn't sure she should read it. It's addressed to her grandmother, after all, who left Lambert in a cloud of shame. But the letter describes a young woman named Siobhan Washington.

An injustice that happened decades ago. A mystery enfolding the letter-writer. And the fortune that awaits the person who solves the puzzle. Grandma tried and failed. But now Candice has another chance.

So with the help of Brandon Jones, the quiet boy across the street, she begins to decipher the clues in the letter. The challenge will lead them deep into Lambert's history, full of ugly deeds, forgotten heroes, and one great love; and deeper into their own families, with their own unspoken secrets. Can they find the fortune and fulfill the letter's promise before the summer ends?

There are no more monsters anymore, or so the children in the city of Lucille are taught. With doting parents and a best friend named Redemption, Jam has grown up with this lesson all her life.

But when she meets Pet, a creature made of horns and colours and claws, who emerges from one of her mother's paintings and a drop of Jam's blood, she must reconsider what she's been told.

Pet has come to hunt a monster, and the shadow of something grim lurks in Redemption's house. Jam must fight not only to protect her best friend, but also to uncover the truth, and the answer to the question — How do you save the world from monsters if no one will admit they exist?

6. Tristan Strong Punches a Hole in the Sky by Kwame Mbalia

Seventh-grader Tristan Strong feels anything but strong ever since he failed to save his best friend when they were in a bus accident together. All he has left of Eddie is the journal his friend wrote stories in.

Tristan is dreading the month he’s going to spend on his grandparents’ farm in Alabama, where he’s being sent to heal from the tragedy. But on his first night there, a sticky creature shows up in his bedroom and steals Eddie’s journal. Tristan chases after it — is that a doll? — and a tug-of-war ensues between them underneath a Bottle Tree.

In a last attempt to wrestle the journal out of the creature’s hands, Tristan punches the tree, accidentally ripping open a chasm into the MidPass, a volatile place with a burning sea, haunted bone ships, and iron monsters that are hunting the inhabitants of this world.

Tristan finds himself in the middle of a battle that has left black American gods John Henry and Brer Rabbit exhausted. In order to get back home, Tristan and these new allies will need to entice the god Anansi, the Weaver, to come out of hiding and seal the hole in the sky. But bartering with the trickster Anansi always comes at a price. Can Tristan save this world before he loses more of the things he loves?

7. Some Places More Than Others by Renée Watson

All Amara wants is to visit her father's family in Harlem. Her wish comes true when her dad decides to bring her along on a business trip. She can't wait to finally meet her extended family and stay in the brownstone where her dad grew up.

Plus, she wants to visit every landmark from the Apollo to Langston Hughes's home.

But her family, and even the city, is not quite what Amara thought. Her dad doesn’t speak to her grandpa, and the crowded streets can be suffocating as well as inspiring.

But as she learns more and more about Harlem—and her father’s history—Amara realizes how, in some ways more than others, she can connect with this other home and family.

8. My Life as an Ice Cream Sandwich by Ibi Zoboi

In the summer of 1984, 12-year-old Ebony-Grace Norfleet makes the trip from Huntsville, Alabama, to Harlem, where she'll spend a few weeks with her father while her mother deals with some trouble that's arisen for Ebony-Grace's beloved grandfather, Jeremiah.

Jeremiah Norfleet is a bit of a celebrity in Huntsville, where he was one of the first black engineers to integrate NASA two decades earlier.

And ever since his granddaughter came to live with him when she was little, he's nurtured her love of all things outer space and science fiction--especially Star Wars and Star Trek, both of which she's watched dozens of time on Grandaddady's Betamax machine.

So even as Ebony-Grace struggled to make friends among her peers, she could always rely on her grandfather and the imaginary worlds they created together. In Harlem, however, she faces a whole new challenge.

Harlem in 1984 is an exciting and terrifying place for a sheltered girl from Hunstville, and her first instinct is to retreat into her imagination.

But soon 126th Street begins to reveal that it has more in common with her beloved sci-fi adventures than she ever thought possible, and by summer's end, Ebony-Grace discovers that gritty and graffitied Harlem has a place for a girl whose eyes are always on the stars.

9. From the Desk of Zoe Washington by Janae Marks

Zoe Washington isn’t sure what to write. What does a girl say to the father she’s never met, hadn’t heard from until his letter arrived on her twelfth birthday, and who’s been in prison for a terrible crime?

A crime he says he never committed.

Could Marcus really be innocent? Zoe is determined to uncover the truth. Even if it means hiding his letters and her investigation from the rest of her family. Everyone else thinks Zoe’s worrying about doing a good job at her bakery internship and proving to her parents that she’s worthy of auditioning for Food Network’s Kids Bake Challenge.

But with bakery confections on one part of her mind, and Marcus’s conviction weighing heavily on the other, this is one recipe Zoe doesn’t know how to balance. The only thing she knows to be true: Everyone lies.

How to Go on an Unplanned Road Trip with Your Grandma:
* Grab a Suitcase: Prepacked from the big spring break trip that got CANCELLED.
* Fasten Your Seatbelt: G'ma's never conventional, so this trip won't be either.
* Use the Green Book: G'ma's most treasured possession. It holds, history, memories, and most important, the way home.

What Not to Bring:
* A Cell Phone: Avoid contact with Dad at all costs. Even when G'ma starts acting stranger than usual.

Set against the backdrop of the segregation history of the American South, take a trip with New York Times bestselling Nic Stone and an eleven-year-old boy who is about to discover the world hasn't always been a welcoming place for kids like him, and things aren't always what they seem--his G'ma included. 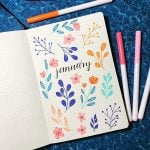 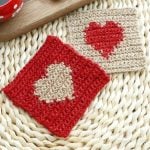 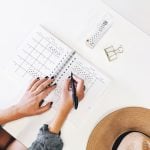 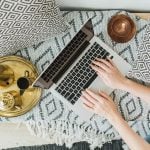