Home » Uncategorized » How to Add a Caption to WordPress Images

If you read blogs, then at some point you’re probably seen some bloggers place small text directly below their images. This small text is called a caption. Captions are a great way to summarize your images for your readers.

With WordPress, you can add a caption to your image at any time. Meaning when you first upload your image, or even long after your image has been uploaded. 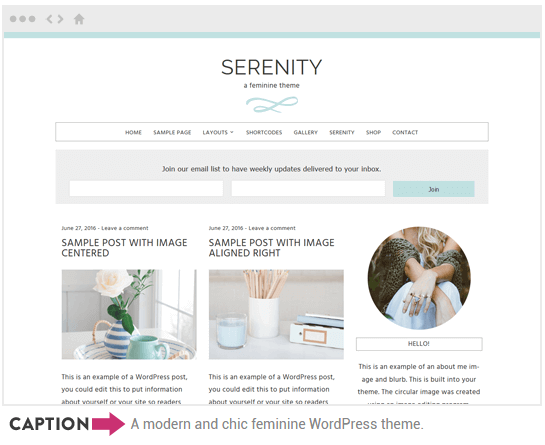 How to Add an Image Caption Within the Post Editor

To add a caption to your image within the post editor, do the following:

1). Within the post editor (Posts > Add New), click on Add Media to upload your photo. Once your photo is uploaded, the Insert Media window will appear. In this window you’ll see an option on the right hand side of the page to add a caption to your image. Add your caption, and then insert your image into the post. 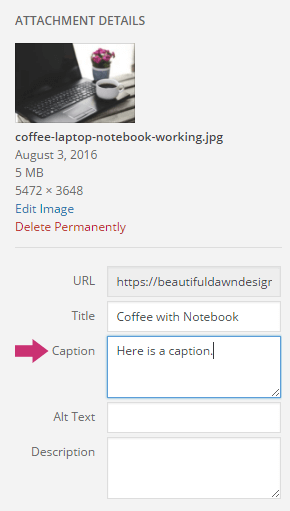 2). If your image has already been added to the post, in the post editor you can add a caption by clicking on the image and selecting Edit. 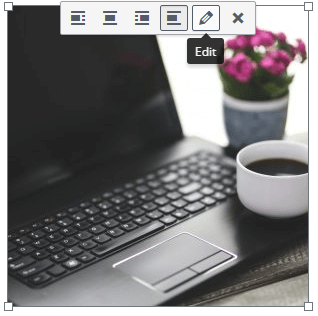 The Image Details window will then appear. Place your caption in the Caption box located within this window. Click on Update to save your changes.

How to Add an Image Caption Within the Media Library

To add a caption to your image within the media library, do the following:

1). Head over to your media library by going to Media > Add New.

3). Once your photo is uploaded, click on Edit located on the right hand side of the image.

4). An Edit Media screen will appear. On this screen, below your image, place your caption in the Caption box. After adding your caption, click on Update to save your changes. 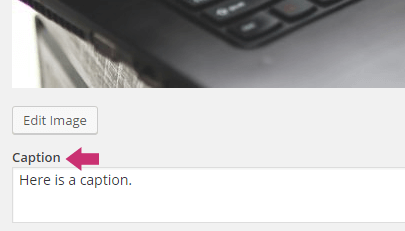 5). You can also add a caption to images that have already been uploaded. To do this go to your media library (Media > Library). Click on the image that you want to add a caption to. An Attachment Details window will appear. Place your caption in the Caption box.

My Top 10 Plugins for WordPress

Welcome to Beautiful Dawn Designs! We love sharing DIY and craft projects and more. Stick around to discover a new hobby or skill.

I earn commissions for some purchases made through links on this website. Additionally, as an Amazon Associate I earn from qualifying purchases.